This past weekend I went to the farmers market and bought a beautiful piece of pastured pork belly. You can see how I cooked it here. I decided to make a paleo pork belly hash, because hash anything is amazing. And adding pork belly basically blew my mind. I love pork belly.

I know pork belly has a bad reputation, as does bacon. But bacon actually isn’t the devil’s food you’ve been led to believe it is. It’s actually high in monounsaturated fat, the same fat found in olive oil. The same fat that people in the Mediterranean eat and live healthier, longer lives. Read my article on why bacon is a health food and be sure to thank me later! 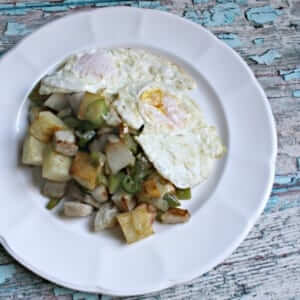 Optional: add jalapeños and top with a fried egg. I did. It was great. 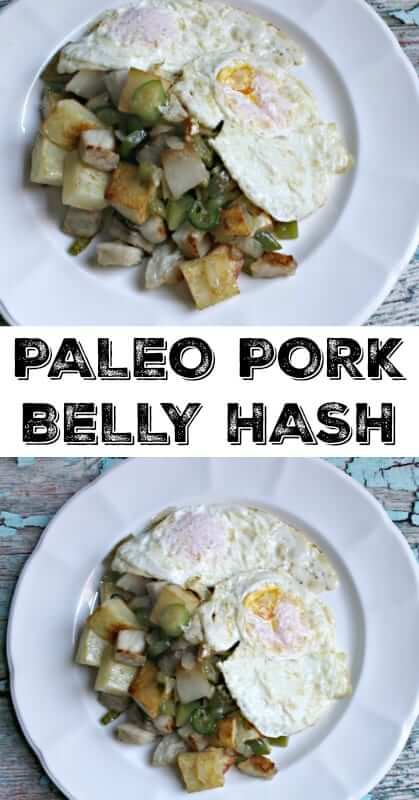