Is there any food in the world with a worse rep than bacon?

People really hate on bacon (from a health perspective, definitely not a taste one). It’s one of the first foods people eliminate when trying to lose weight and become healthy.

But how did bacon become known as an unhealthy food?

It’s an ancestral food. Any culture with access to boars and pigs would have eaten them. It’s thought that the first pig farms started in Asia around 1000 BC. The Romans ate the backs of the pigs which they boiled with figs. And bacon has been eaten for centuries in Europe.

So people have been eating bacon for a really, really long time without rampant heart disease, obesity or cancer.

As it turns out, if you look at the facts, bacon isn’t an unhealthy food.

Most people consider bacon so unhealthy because of its high saturated fat content. This is ridiculous for two reasons, the first of which is that saturated fat is good for you. The body needs fat, roughly half of all cells in the body are made up of fat. The brain is over 60% fat. And there is literally no evidence that saturated fat intake from healthy animals leads to heart disease. None. The second reason and I find this really funny, is bacon is mainly made up of monounsaturated fat! Which is the primary fat in olive oil, which is what people like to call “the good fat.”

Furthermore, bacon is rich in vitamins and minerals.

Turkey bacon is the least nutrient dense! Chia seeds have a good mineral profile but a piss poor vitamin profile. I’d also like to point out that while chia seeds are touted as being a great source of omega-3s, they are high in the omega-3 ALA, not EPA or DHA, which are more critical.

The other issue people have with bacon is the narrate/nitrite issue.

This is less of an issue if you’re getting pastured pigs from sustainable, local and organic farms, which is what I do and what I encourage others to do. From Chris Kresser,

It may surprise you to learn that the vast majority of nitrate/nitrite exposure comes not from food, but from endogenous sources within the body. (1) In fact, nitrites are produced by your own body in greater amounts than can be obtained from food, and salivary nitrite accounts for 70-90% of our total nitrite exposure. In other words, your spit contains far more nitrites than anything you could ever eat.

When it comes to food, vegetables are the primary source of nitrites. On average, about 93% of nitrites we get from food come from vegetables. It may shock you to learn that one serving of arugula, two servings of butter lettuce, and four servings of celery or beets all have more nitrite than 467 hot dogs.

The last issue people have with bacon (I think?) is the sodium content.

There is still a falsely held belief that sodium leads to hypertension and heart disease. In fact, the opposite may be true!

This week a meta-analysis of seven studies involving a total of 6,250 subjects in theAmerican Journal of Hypertension found no strong evidence that cutting salt intake reduces the risk for heart attacks, strokes or death in people with normal or high blood pressure. In May European researchers publishing in the Journal of the American Medical Association reported that the less sodium that study subjects excreted in their urine—an excellent measure of prior consumption—the greatertheir risk was of dying from heart disease.

The media, bad science and plain ignorance fuels many widely held beliefs, not just about bacon. Remember to think for yourself and do your own research. Because bacon is back on the menu. You’re welcome. 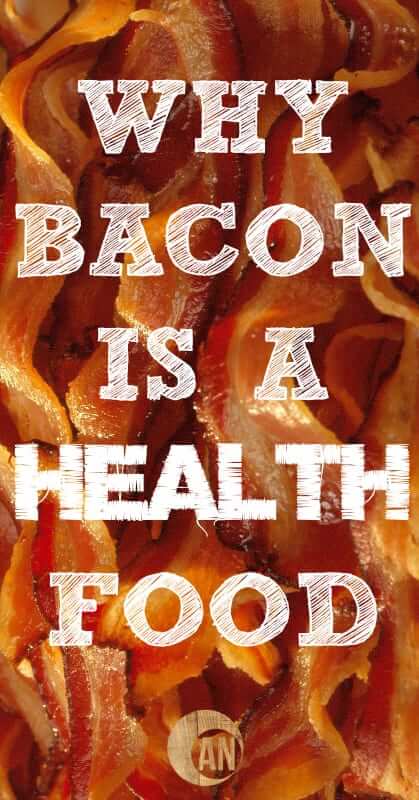