Diet and the brain are very closely linked.

What you eat or do not eat will directly affect the brain. I’m not saying that 100% of ADD or ADHD cases are caused by diet, but I am saying that majority of them are. In Dr. Sears’ book on what he calls Nutrition Deficit Disorder (NDD), he describes a fictional kid named Johnny to help people better grasp this idea.

Johnny eats a dinner of junk food, think pizza, pasta, mac, and cheese or chicken tenders, typical “kid” food. He gets poor sleep because he had an unhealthy dinner that spiked his blood sugar and gave him very little nutrients.

Johnny wakes up tired and groggy and has an unhealthy breakfast, something like cereal. His blood sugar spikes again, and once more he isn’t getting the nutrients his young brain and body need. Min-moring, poor Johnny’s blood sugar drops and he gets hungry. He can’t focus. He starts to fidget.

For lunch, he has yet another nutrient depleted, carb-heavy meal. Blood sugar spikes.

Mid-afternoon, his blood sugar drops again. He’s tired and groggy. Predictably, Johnny’s not paying attention to the teacher, but playing around with the kid next to him. He’s look out the window. His brain needs energy and the proper fuel to focus, but Johnny’s parents aren’t feeding him the food he needs. The cycle repeats itself until his grades drop or the teachers are fed up and suggest sending him to the doctor. The doctor never considers Johnny’s diet and prescribed him Adderall, when all Johnny really needs is a diet change.

Most people know that what they eat determines how they physically look. But they rarely think about how diet affects their internal organs, their mood, their focus.

Like every cell and organ in the body, the brain needs to be fed nutritious foods for optimal function. A lack of vitamins, minerals, and fats will negatively affect the brain, as will a diet rich in sugar, carbohydrates, toxins and omega-6 rich oils. From   a study performed by The Department of Foods and Nutrition at Purdue University,

A common occurrence with those suffering from ADD and ADHD is a lack of omega-3 fatty acids, which are highly anti-inflammatory and considered a brain food.

According to Dr. Richardson at The Department of Physiology, Human Anatomy and Genetics at University of Oxford,

Dietary supplementation with fish oils (providing EPA and DHA) appears to alleviate ADHD-related symptoms in at least some children, and one study of DCD children also found benefits for academic achievement. Source

Sugar also plays a significant role in ADD. When sugar or a carbohydrate-rich food is eaten (like cereal), this affects dopamine receptor. Dopamine makes you feel good, but it also makes you want more and more.

We postulate that sugar acutely increases dopamine, which, over time, leads to a reduced number of D2 receptors and possibly a reduction in extracellular dopamine itself, leading to desensitization of this dopamine signaling axis. These effects would not be due to the acute effects of sugar, but rather would occur over weeks to months with chronically elevated and intermittent sugar ingestion. If this is true, then children with ADHD may ingest more sugar than other children in an attempt to correct the dopamine-deficient state, resulting in excessive sugar intake that could result in “sugar addiction” and increase their risk for obesity. Source

This goes back to the terrible vicious cycle.

And let’s not forget that these carbohydrate-rich junk foods like cereal, pop tarts, pizza, bread, sweets, and chips are loaded with toxins, artificial dyes, and additives. A study performed at North Shore Hospital-Cornell Medical Center demonstrated that children react favorably when these additives and dyes are removed from the diet,

Children with ADD and ADHD have shown to be deficient in iron, zinc, vitamin D and likely many other vitamins and minerals. Children need a balanced, well-rounded diet. They need healthy fats, proteins, and veggies. Kids don’t need mac and cheese, pizza, candy, ice cream, cereal and all of the other junk food they are bombarded with on a daily basis.

Kids can heal from ADD and ADHD. If you’d like to start feeding your family a healthy, well-balanced diet, I recommend checking out my 21 Day Lifestyle Transformation.

For issues when it comes to focusing, I recommend cod liver oil and the essential oil, InTune. FCLO is rich in vitamins A and D as well as omega-3s. It is the definition of brain food. Click HERE for cod liver oil.

I also recommend InTune, an essential oil blend that enhances focus. It’s a blend that supports a healthy thought process and helps those with difficulty paying attention. It allows people to better sustain focus no matter their age.

Learn how to buy InTune HERE. 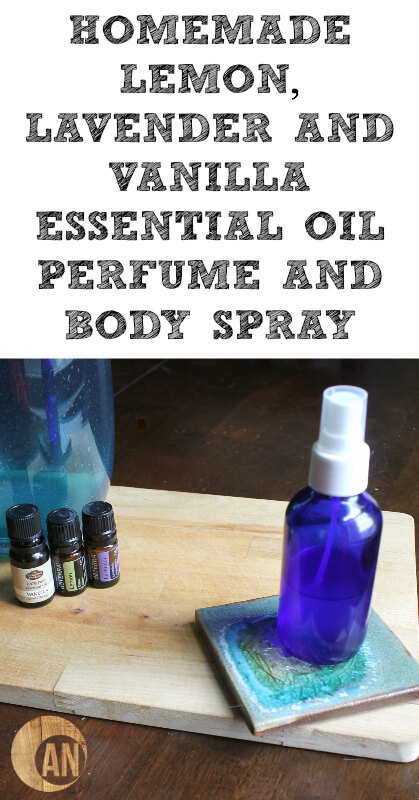