When I first started dating Scott, within a couple of months I made him get his mercury fillings removed. I don’t like to say I “made him” as much as I strongly suggested and used my overwhelming charm to force him to comply. Generally speaking, I’m a very cool girlfriend (now wife) but there are some things I just don’t play around with. Drugs, cheating, and MERCURY FILLINGS. Yes, I put them all in the same category.

According the the FDA, amalgam fillings are a safe option that also happen to be the cheapest. They’re approved for safety and recommended because they don’t break as easily as other fillings. The FDA also says,

Now consider a small child getting that amount everyday.

So how in the world does the FDA approve these as safe? They aren’t, not even close. We encourage pregnant women to avoid fish (a very healthy food) and make no mention of the fillings leaking mercury directly into their systems. It makes no sense!

Mercury is so dangerous because it attacks the central nervous system. Not just in adults and kids, it can also affect an unborn fetus. The EPA states that,

[Mercury] can adversely affect a baby’s growing brain and nervous system. Impacts on cognitive thinking, memory, attention, language, and fine motor and visual spatial skills have been seen in children exposed to methylmercury in the womb.

Mercury has also been linked to:

It is beyond important to avoid mercury fillings, especially if you’re a parent or plan on becoming a parent. Unfortunately, many of us were given mercury fillings as kids. If you are one of these people, schedule an appointment to get your filing replaces.

HOWEVER. It’s of the utmost importance that you go to a qualified dentist for this procedure. Removing amalgam fillings like regular fillings, without proper procedures, caution and protection, can lead to severe mercury poisoning.

I went to an awesome dentist in DC at National Institute of Health. His name is Dr. McClure and I highly recommend him. He’s quick, nice, funny – and the whole team will sing you a song once you get your mercury fillings removed.

Seriously. They did that when mine were removed. But my face was numb, so I was trying to smile and clap for them – in reality I was clapping and drooling on myself like a crazy person.

You can find a qualified dentist here: 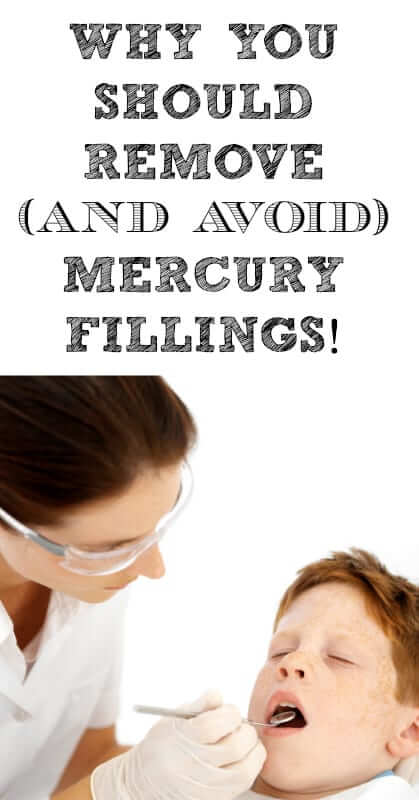