The first time I had ceviche was on a remote beach in Mexico with Scott (then boyfriend, now husband). It was a tiny island called Holbox and I am seriously jonesing to go back. But for now, the closest I’m going to get is trying to recreate the ceviche I had on the beach that day.

It was so flavorful, with fresh caught shrimp, mango, red onion and a whole bunch of cilantro. It was spicy from jalapeño, which I love but omitted from this recipe because Scott hates it. But if I were you, I’d definitely add a bunch of it! I love spicy food andjalapeño would make a beautiful addition.

This recipe took me under fifteen minutes to make, and the shrimp I used were frozen! Such an easy, healthy, light meal. 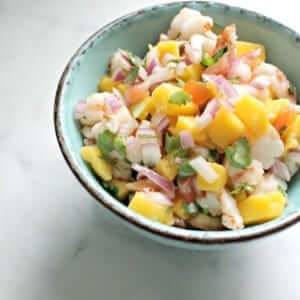 Dani
This Shrimp Ceviche is so flavorful, with sweetness from mango, and freshness from red onion and a whole bunch of cilantro. If you like it spicy, add some more jalapeño to the recipe.
Print Recipe Pin Recipe
Prep Time 10 mins
Cook Time 3 mins
Total Time 13 mins
Course Appetizer, Main Course
Cuisine Mexican
Servings 2 servings

You can use frozen shrimp if you prefer.
Keyword ceviche with mango, ceviche with shrimps, homemade ceviche
Tried this recipe?Let us know how it was! 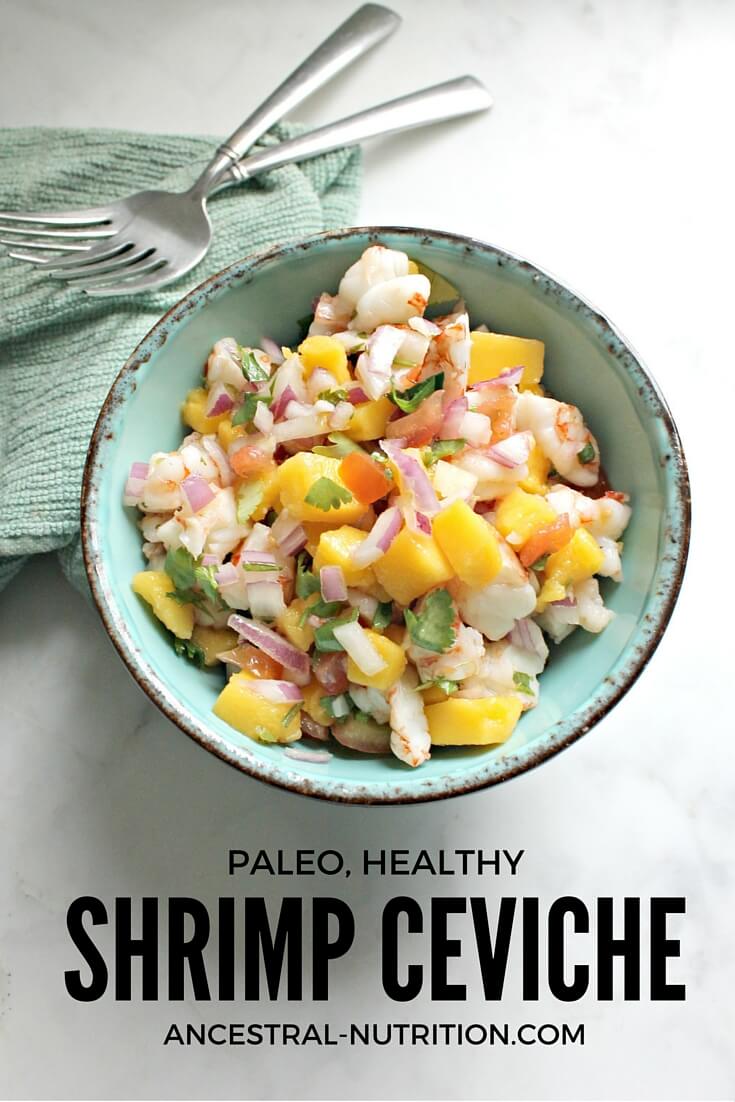