Last weekend my husband and I got to head to New York to go to DragCon. He works for Jeffree Star, who had a massive fuzzy pink booth at the event, did a huge meet and greet and an amazing, inspiring panel which I absolutely loved. We’ll get into all of that in this two part re-cap of our weekend in New York.

New York has such amazing food and so many delicious, healthy restaurants have popped up since the last time I was there. While I didn’t get to check out every spot I wanted to in one weekend, we got to go to some amazing places.

The first night we did a group dinner at Trattoria Dell’Arte; since it was my first time meeting most of the people there and because it was really dark in the private room we were in, I didn’t take any pictures. I didn’t want my first impression to be Scott’s weird wife, taking pictures of her food. I got the gluten-free lobster pasta because I can’t pass up gluten-free pasta. I just love it so damn much.

We went back to the hotel bar that night, I had a few too many glasses of sauvignon blanc and went to bed way too late. It was our first time away from the baby – ever! So I definitely indulged and I have to say, even though I missed Ev so much my chest physically ached, I’m glad I got some adult time to meet new people. The whole crew was awesome, I liked all of them a lot.

The next morning Scott and I got up early to explore the city. We didn’t have to be at DragCon until a bit later in the day so we decided to go all over the place. Our first stop was Best  Bagels and Coffee, who had a ridiculously good gluten-free everything bagel. I got it with lox cream cheese, tomato, onion and cucumber. I ate half of my bagel immediately while we were walking around because I was starving. About half an hour later I went to eat the other half and take a picture only to realize that my dear husband had accidentally thrown the bag away.

We ended up in the Flatiron District by picking a random direction and setting off. Which worked out perfectly, because we stumbled upon one of the spots I wanted to check out: Eataly. Which is Mario Batali’s gourmet Italian grocery store with tons of products inside as well as lil’ restaurants. It is so insanely awesome I’m not even sure how to describe it. 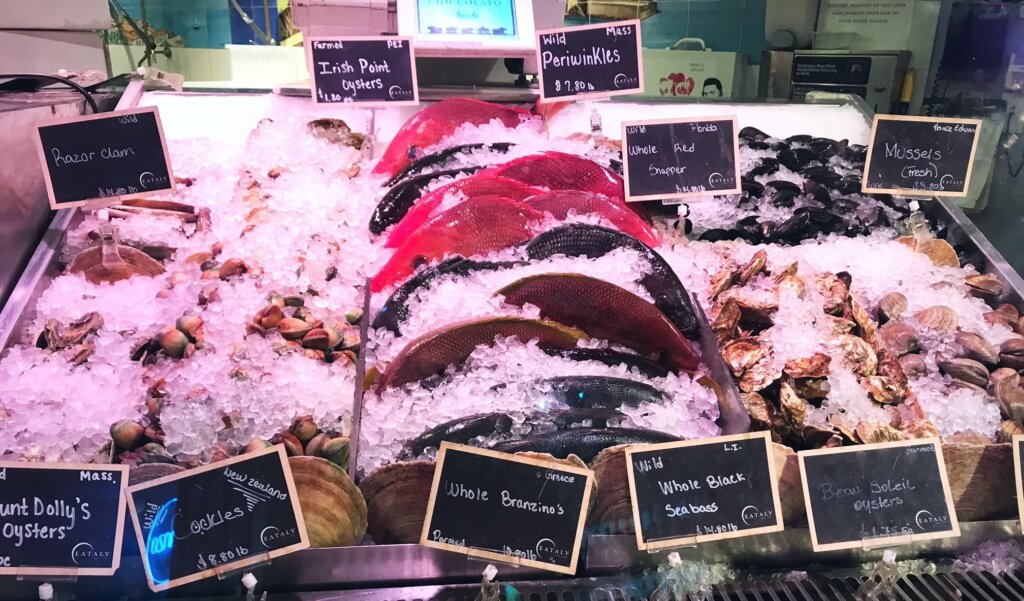 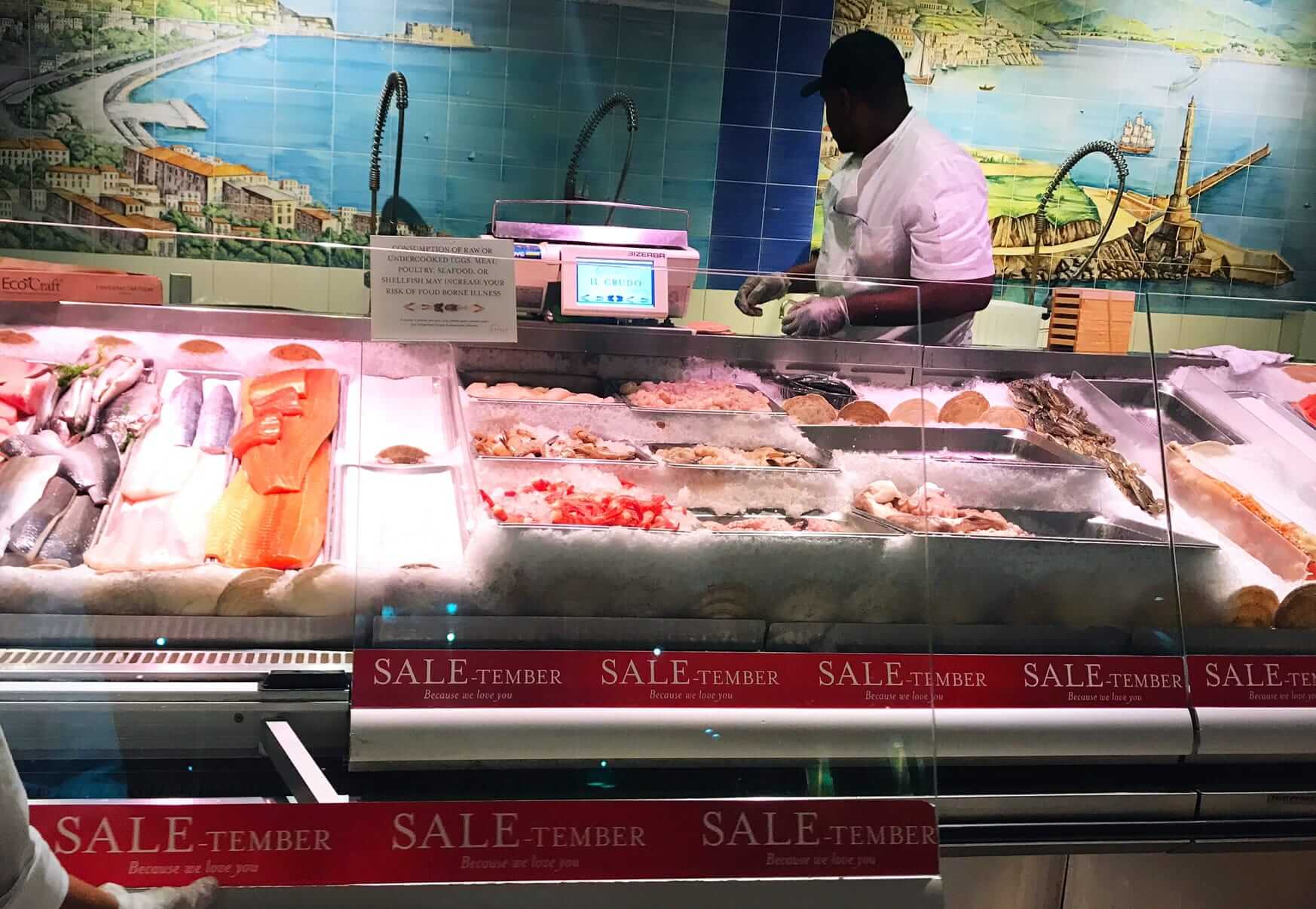 I picked up some honey walnut yogurt and prosciutto – which I promptly stuffed in my face and didn’t photograph. I picked up some Italian pomodoro sauce, super concentrated tomato paste, organic parmesano reggiano and tuna in olive oil. I wanted to get SO MUCH MORE but we were crunched for time. 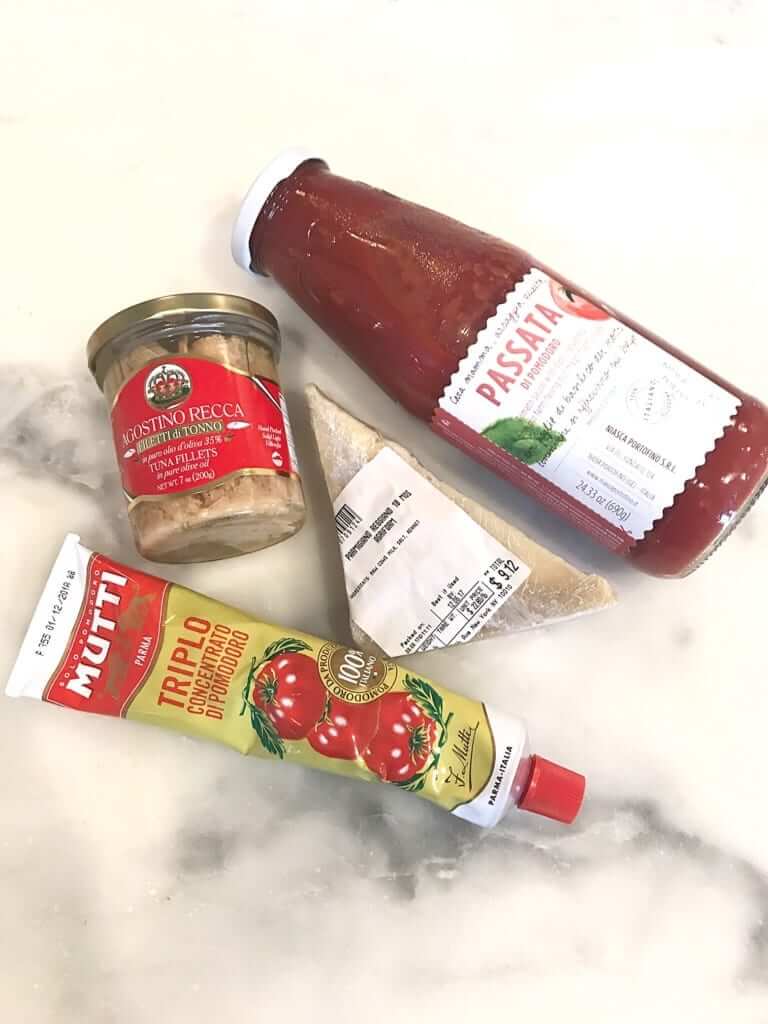 We walked around more, and picked up some goodies at Hu Kitchen – a restaurant and market with paleo, gluten-free and plant based options. My matcha smoothie was divine and not very sweet at all but incredibly creamy. Scott got an unsweetened Arnold Palmer. 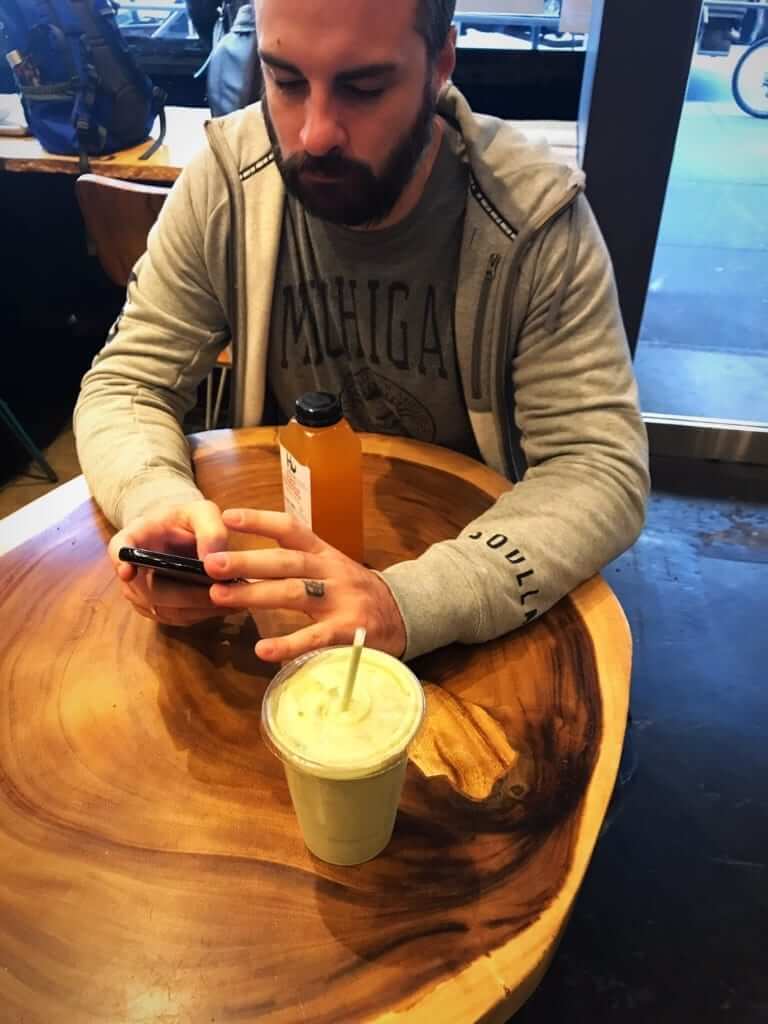 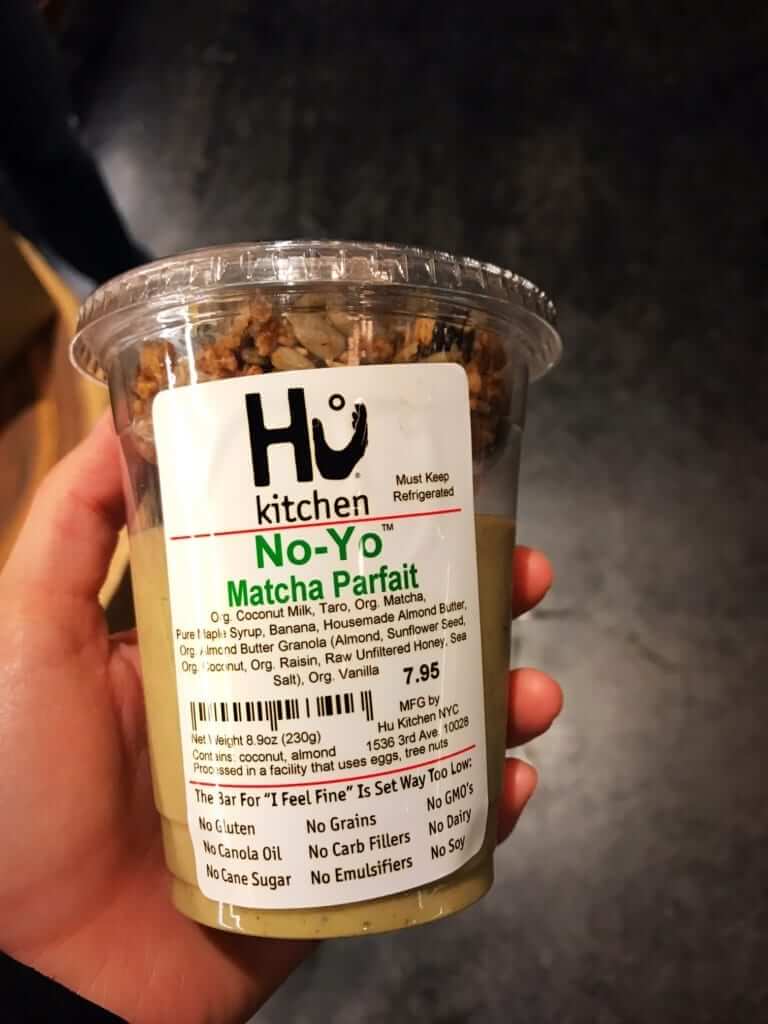 I loved the menu and would have ordered some lunch, but we had walked through a food market up in Union Square we wanted to check out. There were tons of vendors selling awesome food and cocktails. If it wasn’t so early in the day I totally would’ve tried the watermelon tequila slushie. WATERMELON. TEQUILA. SLUSHIE.

I grabbed a steak taco with a corn tortilla. 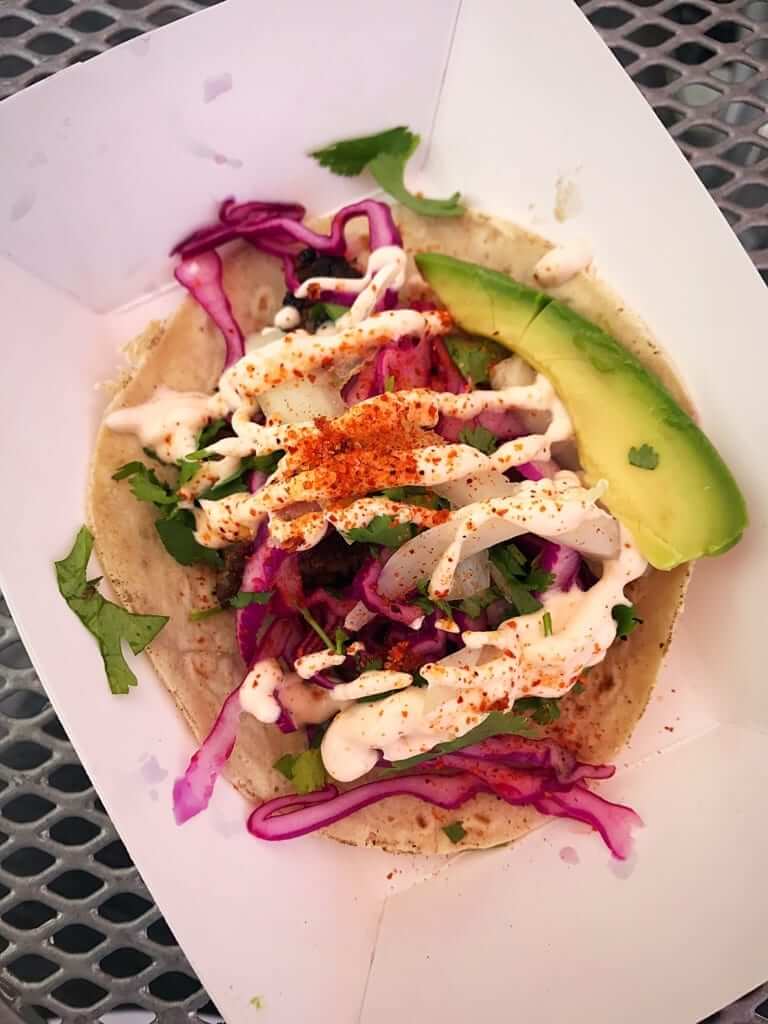 And a poke bowl. The bowl wasn’t bad, but the people serving it weren’t friendly at all. I find that food tastes better when people who make it aren’t assholes. 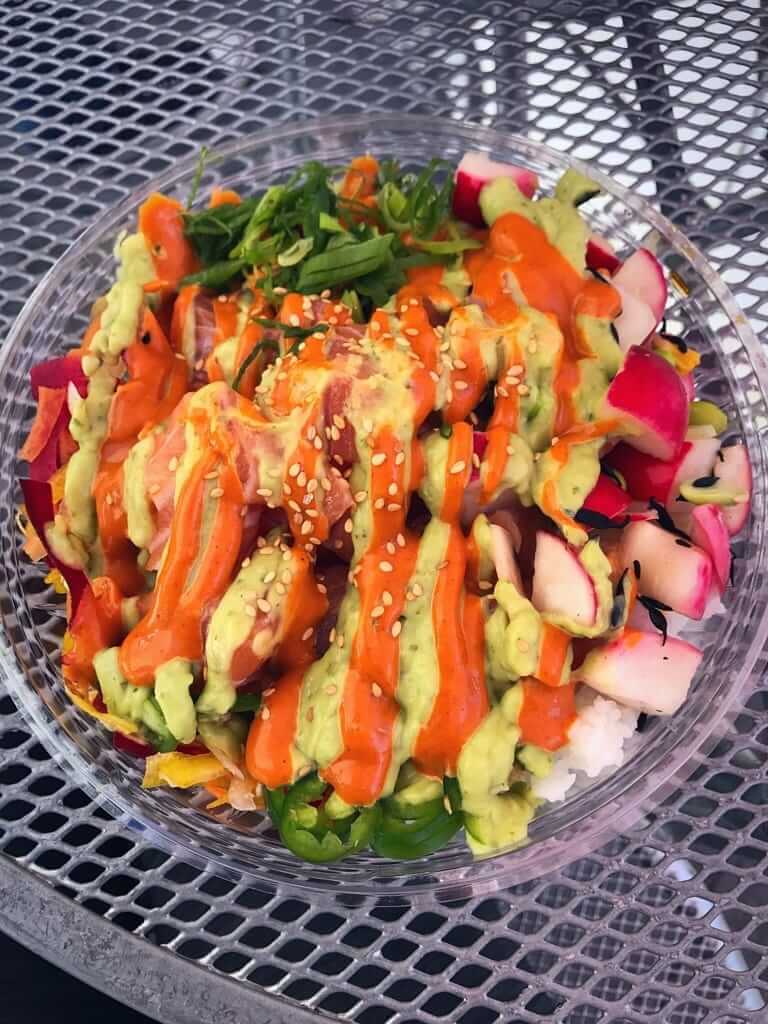 Scott got an arepa with chorizo, arugula, queso fresco and some sort of sauce. The man just discovered arepas and papusas – both of which he loves.

Check back tomorrow for part two of our New York weekend and DragCon!