Earlier this week I woke up with throbbing pain in my left ear. I thought that I slept on it wrong and went about my business. But a few hours later, my ear was pulsing with pain. It was constantly aching. And intermittently, it felt like someone was stabbing my ear from the inside. The entire left side of my face hurt. It hurt to swallow. I knew what this was: an ear infection. Thank God for my arsenal of natural remedies for an ear infection because by the next day, I was almost back to normal.

Ages ago I purchased these natural remedies for an ear infections in case my son, Everett happened to get one. He’s a baby. It’s not uncommon for them.

Last November, he spiked a fever and had labored breathing. I took him to urgent care, where they diagnosed an ear infection. They sent me on my way with antibiotics. Ear infections are the most common reason doctors prescribe antibiotics to babies. But I decided to use my natural remedies for an ear infection and make an appointment with his pediatrician the next day.

By the time we got to the pediatrician the next day, she took a look at his ear and could see no sign of ear infection. It’s totally possible it was a misdiagnosis, but I’m thankful I knew enough not to give my son unnecessary antibiotics.

Antibiotics should be reserved for when they’re truly needed. Like when Everett had a MRSA infection that almost killed him. I was more than thankful to have access to strong antibiotics. But antibiotics are often overprescribed.

Don’t get me wrong, I’m not saying to ignore your pediatrician’s advice. I searched for a pediatrician for a solid six months before finding one that is both Ivy League educated and takes a more natural approach to my son’s health. Since he left the hospital and had that damn MRSA infection there, he’s never needed antibiotics.

My number #1 natural remedy for an ear infection: garlic oil. 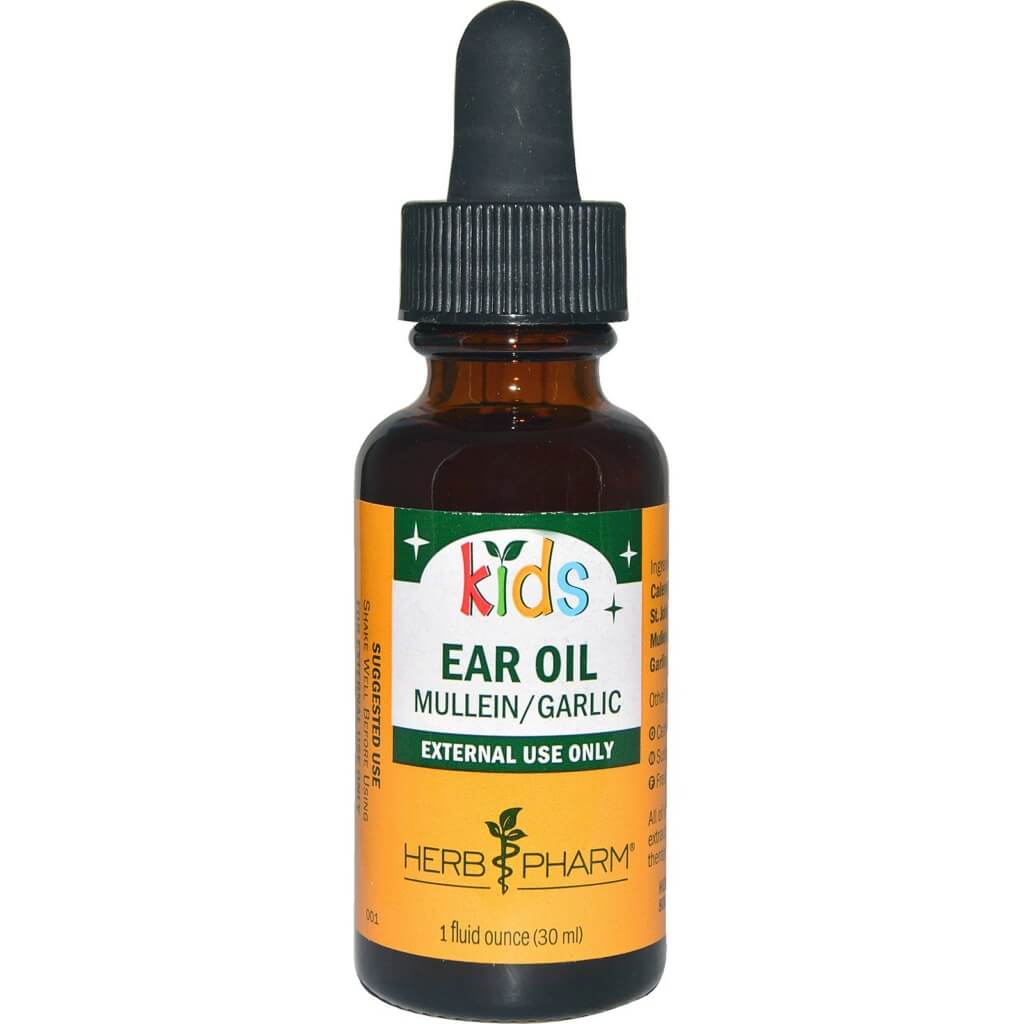 Garlic is both antibacterial and anti-viral. When I got an ear infection earlier this week – I had my husband put these drops in my ear once during the day and once before bed. I woke up with almost no ear pain. By the second day, my ear was completely fine.

This is also the oil I used when my son was diagnosed with an ear infection that somehow disappeared overnight. I don’t know if this garlic oil is to thank for that, but it definitely didn’t hurt! 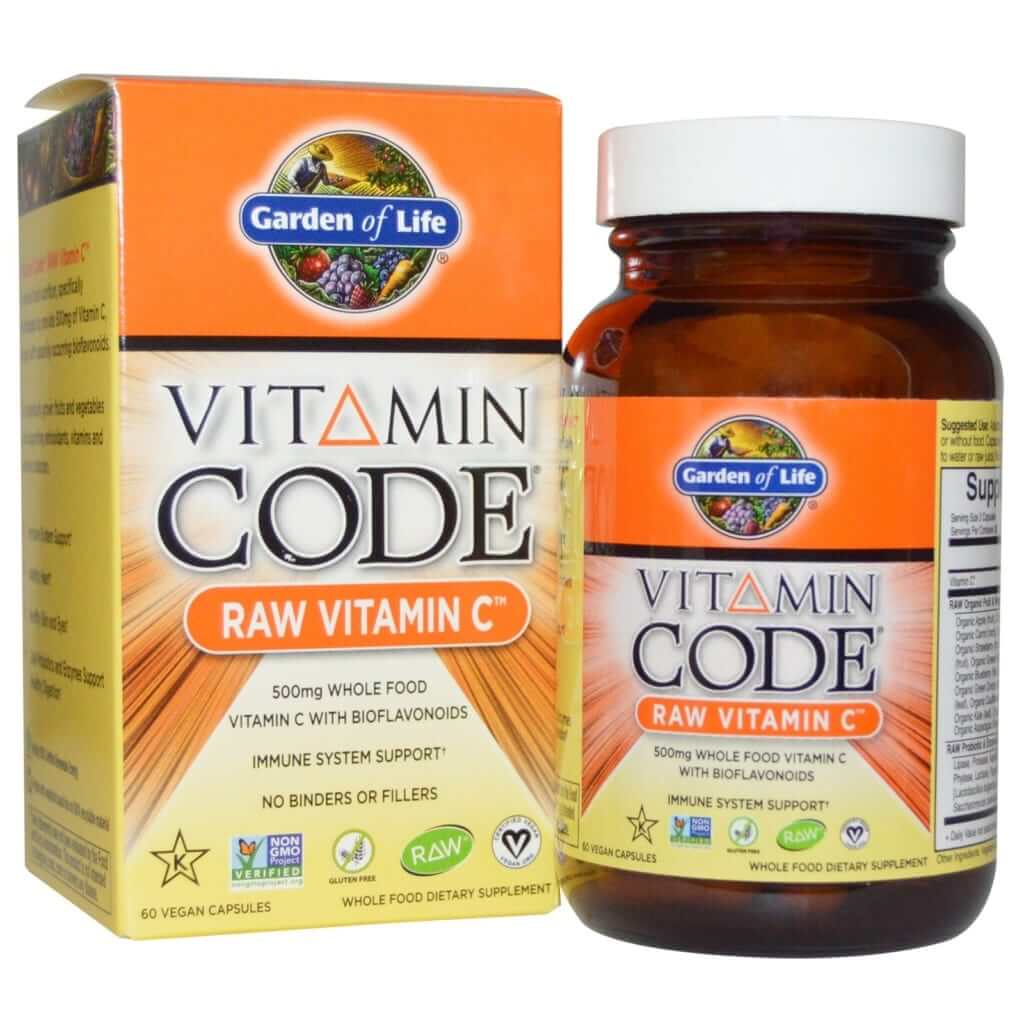 I always load up on vitamin C anytime my immune system is compromised. It’s important to use a food based form of vitamin C and this one is my favorite. I also break this open to give to my son in his bottle or water. This is something I discussed with my pediatrician and got her approval, so be sure to discuss with your doctor prior to trying this.

My third favorite natural remedy for an ear infection: probiotics. 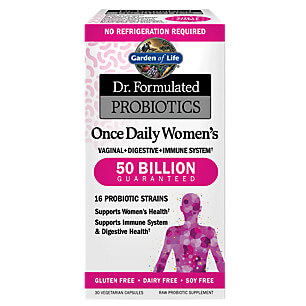 You’ve likely seen those commercials where Erin Andrews (no relation, shocking, I know) is smile-talking while telling you that majority of your immune system is in your gut so take probiotics to be a healthier person. This is actually good advice, although a lot of probiotics on the market just aren’t very good.

I take probiotics everyday, both in supplement form and via my food. I also give my son at least one serving of probiotic foods a day (he loves Bubbie’s pickles!) and will supplement when necessary with a probiotic.

I personally take these probiotics, pictured above. I use this probiotic for my son: 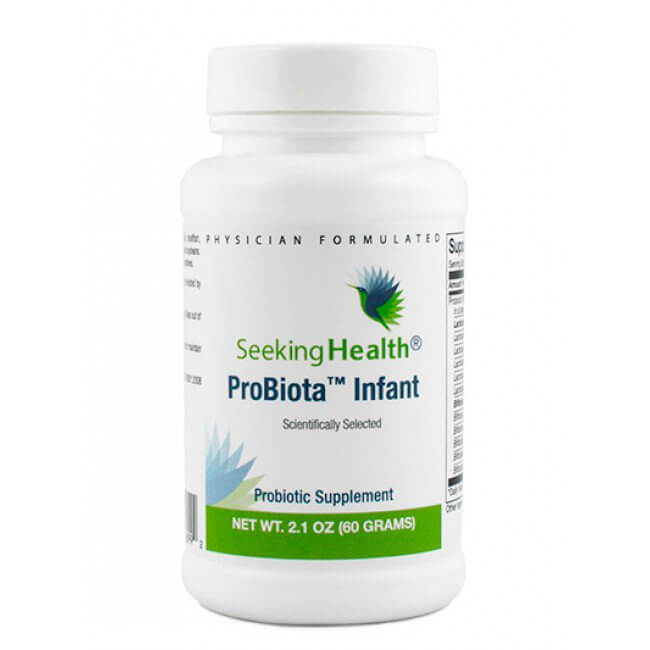 The fourth natural remedy for an ear infection: see a chiropractor.

We’ve been taking Everett and seeing a chiropractor ourselves. I started before I even got pregnant, which helped my back issues tremendously. I think this has greatly helped with my son’s overall health and wellness. We took him as a baby for reflux since he was premature, and every night after we saw the chiropractor two things happened: he pooped and he slept 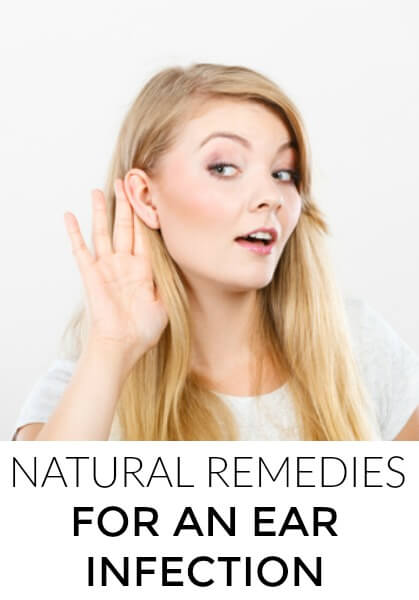 Sometimes, when the chiropractor was adjusting him, he’d let out these massive burps. It’s really interesting to actually see the ways in which chiropractic work can help.

During an ear infection, there is fluid buildup in the ears. The idea is that with chiropractic care and proper re-alignment of the neck and spine, this fluid can more easily drain and the ears, as well as the eustachian tubes in the ear, can function as they are supposed to.

Here are some things I prefer to avoid during any illness, for both my son and myself. They can tax the immune system and/or digestive tract:

The last thing I did but did not include above was put peroxide in my ear. I poured some in as well as applied it to a q-tip and held the q-tip in my ear until the crackling noise diminished. I heard a lot of crackling, more than I even hear when I use this trick when I have a cold. This was a pretty good indication I had some bacteria in the ear.

Of course, check with your doctor or pediatrician before trying any of these things. I am not a doctor.