I’m tired. You guys – I am NOT the type to complain about my son. He’s awesome. He’s so much fun. But I’m going to be honest, he’s gotten up between 4-10 times in the night the past week and I’m just kind of tired.

I KNOW babies wake in the night. We’re working on fixing this issue and it’s not a huge deal. But point being: holy hell am I glad I already meal prepped these taco salads.

It’s so nice to just walk to my fridge, shake up one of these salads, pour it in a bowl and devour. Because it’s rill rill tasty. 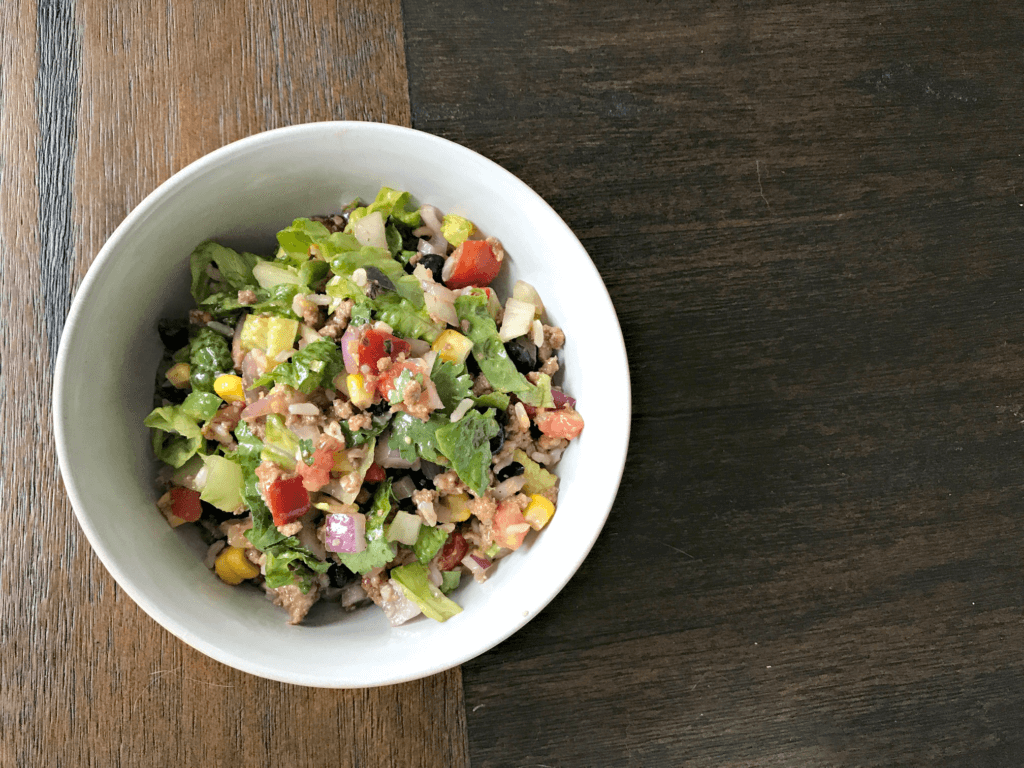 Honestly, they’re SO good. I didn’t use to love salads but that’s because I was doing them all wrong. Like most people, I loaded it with spinach or romaine and only a few other veggies like random tomatoes, some carrots and maybe some chicken. BORING. NOT filling.

And here’s what I see happening a lot when people eat salads in an effort to be healthier: they eat a salad that’s low in calories, low in fat and low in protein. Then they crave sugar and carbs 30 minutes after eating it. And then they hate salads.

I would too! The key is to use good fats and load it with healthy protein and lots of veggies so that it actually tastes good and is filling. I would’ve also added avocado to this salad, which would have been amazing, but mine are still very hard and un-ripe. Next thing I know, they’ll be brown and mushy before I even get a chance to eat them. I know I’m not the only one with this avocado problem.

So you’ve got protein from the beef, fat from the olive oil, some delicious carbs from the brown rice, black beans and corn and lots of veggies and flavor too. Mixed together, it’s just SO good. 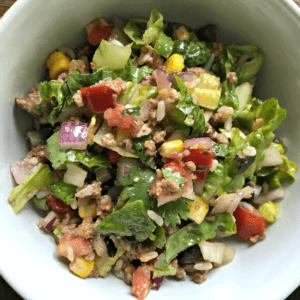 I would’ve also added avocado to this salad, which would have been amazing, but mine was still very hard and unripe. If you have some ripe ones in the house, just chop them up and toss them in! 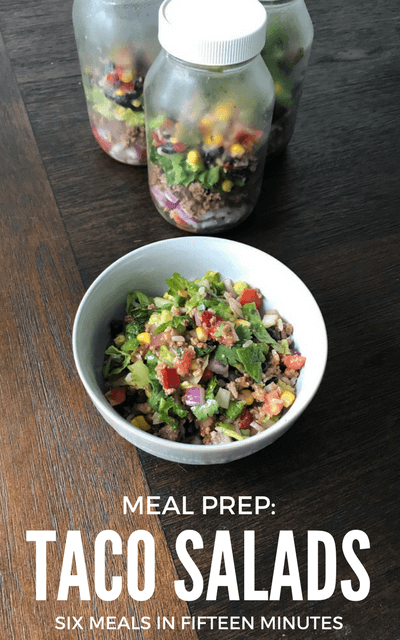