I’m going to be honest. It pisses me off when people tell me they do not have the time to eat well, that they don’t have the time to cook. This tells me three things, that they assume people who do cook have more time than them, they are busier than people who prioritize healthy eating, and that they do not prioritize healthy eating. We all have the same twenty four hours in day. Some of us work two jobs, some of us have kids, some of us are taking care of a sick family member. That’s called LIFE. And you’re going to make the time to take care of yourself, or you’re not. But here’s how to do it.

Choose one day out of the week, a day that isn’t busy, a day that you take to chill out, watch some TV, do whatever you want. Sundays work best for me. Usually around three or four I’ll start cooking. Consider what you want to eat that week. We eat a lot of veggies, salad,  safe starches (white rice and potatoes) and proteins. It helps to chop in advance so when you’re making dinner or lunch, you can just throw it all together. SO. See below. 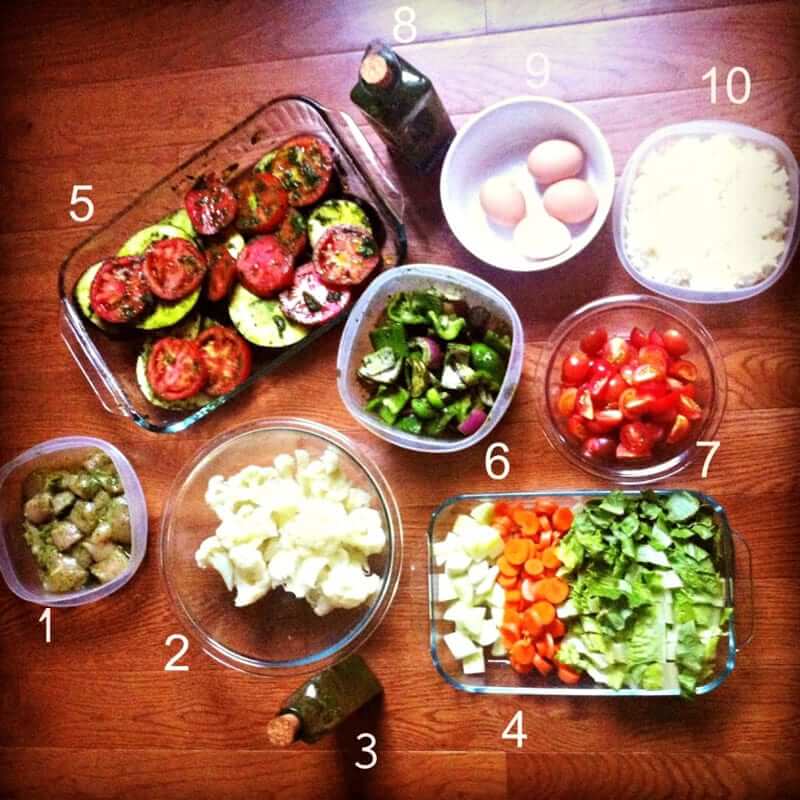 I took into account what we eat regularly. Salads, veggies, etc. It’s much simpler to throw a piece of salmon on the grill or form a burger and pan fry it, so I don’t prepare a lot of proteins. This way it’s also easier to grab a snack like some boiled eggs. It really simplifies making lunches and dinners. Fail to prepare and prepare to fail. It doesn’t take a lot of effort to prep food for the week. I even drank a hard cider while I made all of this and it only took me about an hour! An hour out of my day to prepare so much food. Prioritize eating well. It isn’t hard, but it does take some effort.