48 shares
I am not currently trying to get pregnant but it is definitely something that is on my future agenda. Both Scott and I want kids, and when the time comes to have them I plan to prepare with a preconception diet (Scott will do this also, it’s equally as important for dudes).

But this got me thinking: the levels of infertility are higher than they’ve ever been.

I have two girlfriends (that I know of) that are both infertile, both are young (under 33) and both are vegetarian. While this could just be a coincidence, I don’t think it is. With all the propaganda about plant-based diets, I think most people are just unaware of the shortcomings of this nutrient deficient diet. And it’s blatantly obvious to me that a plant-based diet is not the optimal diet to prepare the body for pregnancy.

As I explained in this post, cholesterol is the precursor to the steroid hormones, glucocorticoids, mineralocorticoids, estrogens, androgens, and progestins. They are all critical components to preparing the body for pregnancy, and cholesterol is a critical component of these hormones. They are all regulated by proper cholesterol intake. Plant-based diets especially lack cholesterol, as the best forms of it come from animals. Please do not underestimate the importance of cholesterol’s effects on hormones, it is absolutely essential. Each hormone has a unique function. Every single one is necessary (in the right amount, of course) at the right time for successful conception. If you have inadequate cholesterol levels, hormones will not function properly. Conception will be impossible.

Omega-3 fatty acids also assist in conception. Not only do they help regulate hormones, they promote ovulation and cervical mucus, and improve blood flow to the reproductive organs. Cervical mucus aids in carrying the sperm to the egg when the woman is ovulating. Plant-based diets severely lack omegas-3s. While they can be supplemented (which is less than ideal), you can find them in nuts. This is the argument most people following a plant-based diet make. And that’s true, nuts do indeed contain omega-3s, but they also contain a lot of omega 6, which causes inflammation. And nuts don’t have nearly as many omega-3s as grass-fed meats, pastured eggs, and wild seafood.
It’s important to also keep in mind that the necessary and most beneficial omega-3s are EPA and DHA, which are found in animal foods. ALA is found in plant-based foods and does not convert well to EPA or DHA.

Vitamin B6, or pyridoxine, isn’t often talked about as one of the necessary vitamins for conception when it’s actually one of the most important. B6 has been shown to lengthen the luteal phase (the time from ovulation to menstruation). Luteal Phase Defect (LPD) occurs when this phase is less than 10 days, the ideal is 11-16 (my luteal phase is 14 days every month, not to brag). A luteal phase that is too short cannot maintain a pregnancy. In short, B6 reduces the chances of miscarriage.  As a bonus, B6 also fights depression, reduces PMS and helps regulate hormones. The best forms of B6 are wild tuna, then liver, then beef.

Plant foods do not contain B12. It is exclusively in animal foods like liver and eggs. B12 deprivation affects how the eggs respond to the follicle stimulating hormone, or what stimulates egg production. B12 is not only essential to a healthy embryo and fetus, a lack of B12 can interfere with cell division and growth. It helps develop the endometrial lining, assists in normal and regulated ovulation and improves blood flow to the organs.

Vitamin A, or retinol, helps nourish cervical fluid. While this may not seem like an important task, cervical fluid helps the sperm travel to the egg. The more vitamin A, the more cervical fluid, and better the consistency. Vitamin A also helps develop tissues in the fetus. From Nutrition and Physical Degeneration by Dr. Price,
“Dr. Sherman states further that vitamin A must be supplied in liberal proportions not only during the growth period but during the adult period as well, if a good condition of nutrition and a high degree of health and vigor are to be maintained…Hart and Gilbert have shown that the symptoms most commonly seen in cattle having a vitamin A deficiency are the birth of dead or weak calves, with or without eye lesions…Hughes has shown that swine did not reproduce when fed barley and salt, but did so when cod liver oil was added to this food…Dr. Sure has shown that a lack of vitamin A produces in females a disturbances of oestrus and ovulation, resulting in sterility.” Page 306
Majority of people are under the impression that beta-carotene is the same thing as vitamin A and that it can be derived from plants. It’s not and it can’t. Beta-carotene is the inactive form of retinol. True vitamin A is found in animal foods like liver, fermented cod liver oil and raw dairy.

Vitamin D is a fat-soluble vitamin that is necessary for our bodies to properly produce and regulate the sex hormones. Insufficient vitamin D intake can wreak havoc on the body, particularly if you’re a woman trying to conceive.
“The team from Yale University School of Medicine studied 67 infertile women and took Vitamin D measures from them. Only 7 per cent of them had normal vitamin D levels and the rest had either insufficient levels or clinical deficiency.” Source
In men, vitamin D increases testosterone, which is the hormone responsible for producing sperm. In women, it properly develops the lining of the uterus, which the embryo can cling to.  It regulates cell growth in both men and women. Fermented cod liver oil and wild seafood, liver and direct sunlight are all excellent forms of D.
Ovulatory infertility, or the inability to produce healthy eggs, is greatly reduced by adequate levels of iron in the diet. There are two types of iron, heme and non-heme. The body absorbs heme easily while non-heme is very difficult to absorb. As you might’ve guessed, heme is the iron found in meat, while non-heme is from plant sources. The best sources are liver, clams, oysters and grass-fed red meat.

All this and I haven’t even referenced soy yet! The USDA reports that 94% of soy in this country is genetically modified. This study from the Institute of Higher Nervous Activity and Neurophysiology found,
“High pup mortality was characteristic of every litter from mothers fed the GM soy flour. Pups from “GM-soy” group have higher mortality and third of them were sick and weighed several times less than pups from the control groups.”
They also discovered this:
“Obtained data showed a high level of anxiety and aggression in rats from GM-soy group: females and rat pups attacked and bit each other and the worker, who took care of them.”
The latter of which is not at all relevant but may explain why vegetarians get so mad at me for providing facts (not myths, not opinions) about soy.
Professor Lynn Fraser from King’s College London has found,
“A study in humans has shown a compound in soy called genistein sabotages the sperm as it swims towards the egg.”
And let’s not forget this study (I’ve referenced it before) from Harvard Medical School that found that men consuming the equivalent of one cup of soy milk per day had 50% lower sperm count than men who did not consume soy.

Does this mean it was the optimal diet for them and their offspring? Will the children not have health issues later in life? Does this mean they were provided the best nutrition available? Absolutely not. I also know that (some of) the above vitamins and minerals can be supplemented via synthetic sources, which are not nearly as bioavailable as vitamins and minerals from whole food sources. Fortification is not the better option. A multivitamin does not compare to whole food sources. To obtain all of these vitamins and minerals from plants is nearly impossible when the phytic acid and enzyme inhibitors naturally present are taken into consideration.
When Dr. Price traveled to and studied remote cultures untouched by Western diet and subsequently disease, he asked why they ate the way they did. A common response was, “so we can make perfect babies.” This really resonated with me. If we aren’t going to take care of our bodies to give our children the best chance in life, to set them up for healthiest and happiest future, then maybe we shouldn’t be having children at all. 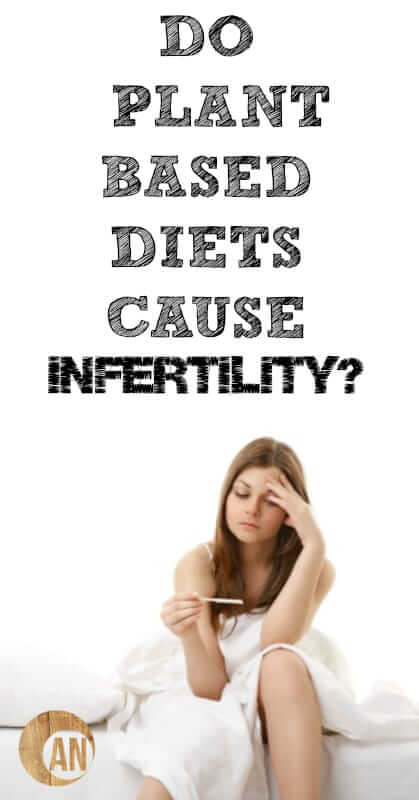