Few things get me as fired up as seeing companies, doctors and governmental organizations recommending canola oil (or just bad nutrition/health advice in general).

Just today, an awesome reader emailed me to show me the response the company she was using as a meal replacement shake:

This company told her that canola oil is one of the healthiest oils available because it contains both omega-3 and omega-6 and it’s the “best oil to do this.”

Let me be clear: this is total bulls*t.

This is something that people always say when I highlight the fact that canola oil is an industrialized, rancid oil. Company after company uses this oil for one reason – because it’s cheap. But they fool people who use and sell their products into thinking that this oil is healthy when in reality it’s anything but.

And even worse, our own government recommends this oil over fats that are actually healthy, like butter.

I’m here to clear up to confusion and tell the truth about canola oil. Let’s start with the facts, shall we?

WHAT IS A CANOLA?

Plant breeding created the rapeseed, the source of canola oil. Industrial purposes were the intent even in ancient civilizations. But people soon realized the popularity of the plant for industrial purposes was failing and needed to reinvent it to upkeep cash flow. Unfortunately, the majority of the monounsaturated fatty acids in rapeseed were made up of erucic acid, which has been associated with Keshan’s disease. Keshan’s disease causes fibrotic lesions on the heart.

In 1995, Monsanto introduces rapeseeds genetically manipulated to withstand the toxic herbicide RoundUp. Which leads me to my next point.

WORRIED ABOUT GENETICALLY MODIFIED CROPS? YOU SHOULD WORRY ABOUT RAPESEEDS.

It’s been estimated that up to 90% of canola crops are genetically modified. Why is this an issue? For starters, the World Health Organization has labeled glyphosate as a probable carcinogen. 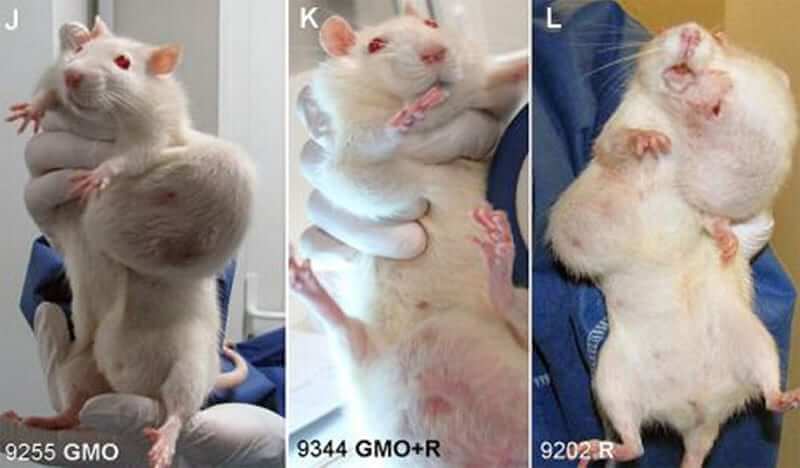 Just in case you doubt this study, the scientists who performed it were publicly smeared and attacked by the biotech industry, but recently won a defamation lawsuit and were vindicated.

This video is ridiculous in so many ways. It starts out by saying that canola oil is the healthiest oil because it contains the lowest amount of saturated fat and has omega-3s, which is wildly untrue. They go on to show how the disgusting process. I will never be able to understand how anyone thinks that a product (not a food) undergoes this amount of processing and is healthy.

To summarize the video:

The rapeseeds are firstly highly pressurized, forcing out the oil. To extract the remainder of the oil, the canola cakes undergo a 70-minute wash with a “chemical solvent.” This chemical solvent, my friends, is hexane. A neurotoxin. Then the oil enters the refining phase, in which the oil is washed with sodium hydroxide, aka lye. After this, the oil is clearer but still contains waxes. Then the oil is cooled to 41 degrees to filter out the wax – which is used for vegetable shortening. After this, the oil is bleached to remove the color, then “sue a steam injection heating process to remove the odor.” It’s heated to extremely high temperatures because the oil is literally rank and smells terrible.

In what world is this healthy? Am I taking crazy pills? Trust cows over chemists, ya’ll.

Now, I’m all about facts. You can say what you want, but I want the evidence. It’s what I rely on. It’s how I make my decisions. So any person, company or organization can say canola oil is healthy, that it’s anti-inflammatory, that it has a great omega-3 to omega-6 ratio. But here’s the truth.

One tablespoon of canola oil contains 2,610 mg of omega-6 fatty acids and 1,279 mg omega-3 fatty acids. That’s a lot of omega-6, which causes inflammation. While it’s true that our bodies need omega-6, it’s ubiquitous. It’s in everything, and Americans get way too much of it, which not only causes inflammation but leads to heart disease and cancer. Proponents of canola oil love to tout the omega-3 to omega-6 ratio, but it’s still a lot of omega-6 and the omega-3s found in canola oil aren’t even beneficial (as opposed to omega-3s found in foods like fish).

People love to tout canola oil as healthy because it’s low in saturated fat. But saturated fat is healthy! Like any fat, you want to obtain it from a good, healthy source. For example, grass-fed butter, pastured lard, organic coconut oil, etc. These fats are incredibly stable. They’re rich in vitamins or in coconut oil’s case, rich in health-promoting substances like medium chain triglycerides and lauric acid. There’s literally no compelling, legitimate evidence that diets high in properly sourced saturated fats cause health issues.

From the Oakland Research Institute at Children’s Hospital,

“A meta-analysis of prospective epidemiologic studies showed that there is no significant evidence for concluding that dietary saturated fat is associated with an increased risk of CHD or CVD. More data are needed to elucidate whether CVD risks are likely to be influenced by the specific nutrients used to replace saturated fat.”

To conclude, canola oil is a rancid, highly processed industrial oil. The amount of processing it undergoes alone should give anyone pause. Furthermore, the nutrient profile of this oil is anything but healthy. 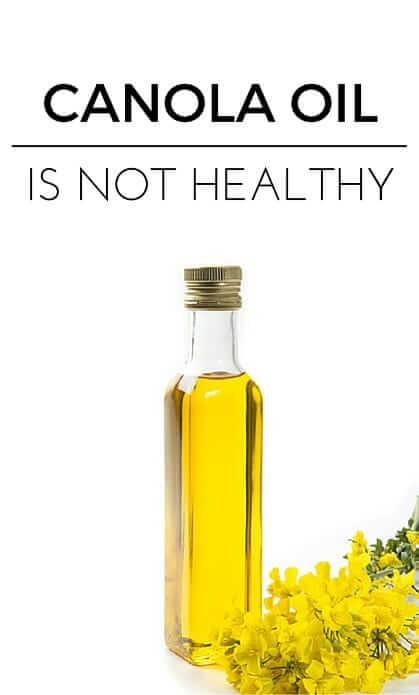