Amid people I previously considered friends, colleagues and generally decent human beings sharing the despicable Candace Owens video and articles on how black people aren’t actually marginalized or how they don’t really experience police brutality, I thought it was time I speak out and lay down the unbiased facts.

While my background is in nutrition, I have based my career on evidence. On history. I have never relied solely on studies, trends or anecdotal data to draw conclusions. I rely on a combination of all of these things; as well as chronicles of the past, what has and has not proven effective for generations, mixed in with sound scientific data. I like to attack ideas from all angles prior to making a decision. And I’m good at it.

I think it’s time I take this outside of the realm of nutrition and apply it to the systemic racism and extremely flawed judicial system that permeates our country. I will draw from historical accounts, current data and statistical trends over the years.

The rate of fatal police shootings of black people is higher than of any other ethnicity.

Many people get confused and think that because more white people are shot by police, that there is no systemic racism and it’s more dangerous to be a white person. What these people fail to realize is that white people make up a much larger percentage of the population. In fact, they make up the majority of the population; whereas African Americans make up slightly less than 13%. A staggering 72% of the US population is white. And yet, 25% of police shootings are of black people (source). This is the very definition of disproportionate.

No. If you watched the Candace Owens video, you might think black people commit majority of crime and this is why they are brutalized and murdered in higher numbers – as if that made it okay. But let’s be clear, the data does not support that.

From the FBA database, a total of 5,858,330 white people and a total of 2,263,112 committed crimes in 2016. While the murder rates were just slightly higher among African Americans, the rate of rape was more than 2x for white people than black people.

So Candace Owens took one statistic and applied it to crime overall, which is simply inaccurate and misleading.

Furthermore, the numbers are inflated for people of color because they are caught, charged and penalized more often than white people. Don’t believe me? Let’s visit the studies.

This study published recently analyzed nearly 100 million traffic stops and found that black people are pulled over much more often than white drivers, but this lessens at night – when it’s harder to distinguish whether a black or white person is driving. Directly proving that skin color influences who cops pull over.

This study found that black people were arrested at twice the rate of white people for crimes like disorderly conduct, vandalism, drug possession and vagrancy.

This study found that despite a 60% white population, a whopping 78% of traffic stops were people of color – who tend to drive less than white people. My God, were they exclusively pulling over blacks and latinos simply for driving while non-white?

This study found that 24% of black drivers pulled over were searched and only 5% of white drivers – despite white drivers being more likely to be in possession of drugs or weapons.

This study from The University of Michigan Law School found that black men are punished more severely and with longer sentences than white men for similar crimes, even when accounting for prior convictions.

Incarceration rates have skyrocketed, whith over 2.2 millions prisoners today, making the US the world’s leader in imprisoning its people. Have people become more violent? Has crime increased? Actually, no and no. The criminal justice system has changed (source).

The ACLU found that blacks are nearly four times as likely to be arrested for marijuana offenses, despite similar uses in both populations. These mass incarcerations have cost US taxpayers billions of dollars, all for non-violent, petty drug offenses.

Ever heard of redlining?

Beginning in the 1930s, banks denied mortages, loans and home improvement credits to people of color. If a black person had the money to purchase a house in a wealthy, white suburb – they were denied. And this practice was backed by the US government.

This forced Black people into ghettos, into neighborhoods without jobs, without grocery stores, without good schools and access to education and in some cases, lack of access to even clean water.

Imagine that, not even having clean fucking water for you child to drink. I’m a mother, I can’t imagine that for my precious babies. That’s what is STILL happening in Flint, Michigan – where 57% of the population is black and 42% live below the poverty line.

And then we ask – why can’t you just pull yourself up by your bootstraps? We stole their fucking boots.

Consider that that shitbag Brock Turner got six months for raping a woman because he came from a good family and had a bright future. Black teens have gotten years for minor penalties like petty theft, getting in a schoolhouse brawl and for allegedly stealing a backpack, like Kalief Bowder, who later took his own life because of what he was put through at the hands of the American judicial system.

“But I heard police officers were more likely to be killed by a black person than the other way around.“

Let me be very clear: ya heard wrong.

Candace Owens, right wing pundits and other racists love to tout this false statistic, stating that police officers are more like to be killed by a black person than the other way around.

Let’s look at the data.

So yes, police officers have a slightly larger change of being killed, but not by black people. By all races. There is no data on the skin color of those who killed police. It doesn’t exist.

Overall, it’s more dangerous to be an agricultural worker, groundskeeper/landscaper, truck driver, garbage collector, pilot or roofer than it is to be a police officer (source).

Let’s talk about cops for a second.

Police officers, respect them as I may, are not always the law abiding angels so many of us make them out to be. By and large, cops have a license to murder, to intimidate, to steal, to lie, to fabricate evidence to commit domestic violence – all with little to no consequence, and certainly no data to stop things like this from repeatedly happening.

Take for example, The Atlantic’s report on domestic violence within the police force,

Imagine that – 40% of police families experience domestic violence. And most receive no formal punishment, they stay on the force without incident. If some police officers are willing to treat their beloved families this way, imagine what they’re willing to do to black people, to people they have been trained to believe are a threat to them.

How many incidents have not been caught on camera, on recordings, on body cam footage? How many people have been brutalized, assaulted, framed, raped and murdered? Where does it end?

There are really good cops. But this is no longer a case of “a few bad apples.” The entire system is rigged against people of color and people from lower socioeconomic backgrounds. This has been established time and time again, study after study.

The good cops needs to step outside of that blue wall of silence, join us and demand reform. Instead of increasing police budgets every year, why don’t we reallocate those funds to underserved communities – which would benefit both the police officers and the people in said communities? 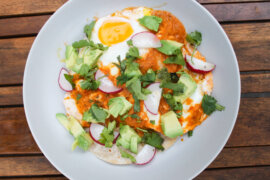 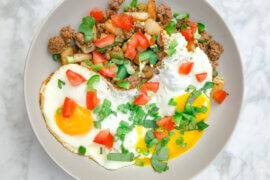 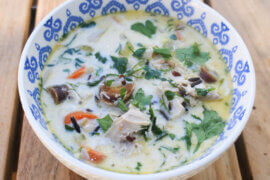